Is Dog Crating Good or Bad? 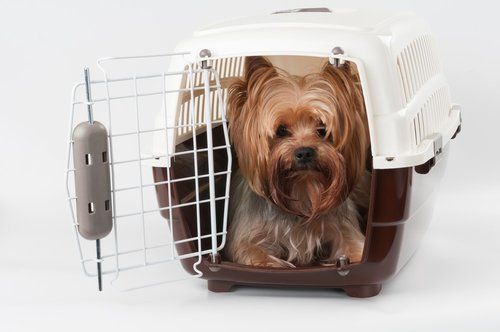 If you were to Google “crate training for dogs,” you might come across some complaints from some animal rights organizations comparing these temporary dwellings to a prison. While the grated doorway does make them appear somewhat cage-esque, they’re really more like a house with a handle, which makes them great for traveling.

While PETA (People for the Ethical Treatment of Animals) complains of cruel crate training tactics and canines being left in them for extended periods of time, that’s on the owner and not the dog. Training a dog to become comfortable spending time in a crate is a relatively simple process and it’s also the safest way for them to travel.

Here are five important reasons why crates are the safest places for dogs:

If you’re bringing Rover along for the ride, whether you’re taking them to the vet or for a romp in the local dog park, the front seat is a dangerous place for them to be sitting. Just as parents of human children know, the back seat is actually much safer for smaller passengers. A blow from an airbag following an accident can cause serious injury or even be fatal for a dog.

If you are unfortunate enough to be involved in an accident and your dog is unconfined, they could escape through a broken window. In the confusion that follows, this puts your animal at risk for becoming lost or struck by a passing motorist. On the other hand, if they’re inside a kennel, even if you are unable to assist them due to an injury, first responders need to simply pull them from the vehicle, safely inside their crate.

Many people don’t realize that objects in their cars can turn into dangerous and even potentially deadly projectiles if involved in an accident. Anything from a cell phone to coffee cup, these objects are causing tens of thousands of injuries annually. But then again, when your dog is safely inside his crate, he’s much better protecting from these injuries. 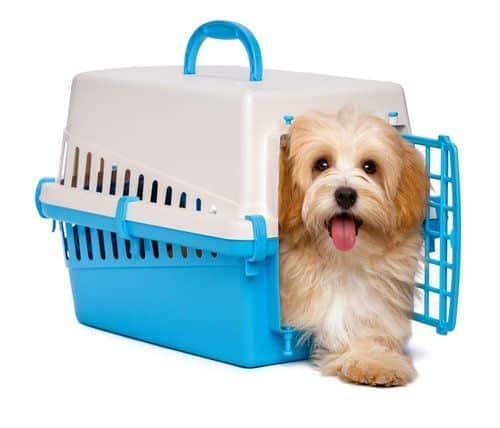 When you take your dog for their regular check up at the veterinarian’s office, having them inside a crate while they’re in the lobby keeps them from interacting with other animals. Whether it’s a cat wandering around the office or other unhealthy animals on the loose, your dog is much safer inside their own space.

What if you had to evacuate your home in case of an emergency, maybe there’s a fire in your home and you have to flee immediately. Searching for a dog inside the smoke and haze is easily avoided when dogs sleep in their kennel at night. Not only do you know exactly where they are, you can just grab the handle and go, getting both of you out of the house quicker.

On a final note, just because a dog is lying in their crate inside your home, it doesn’t mean you have to close and lock the door every time. But when you do need to confine them for some reason, if they’re already trained, being comfortable inside a crate, this won’t come as a big shock for them.