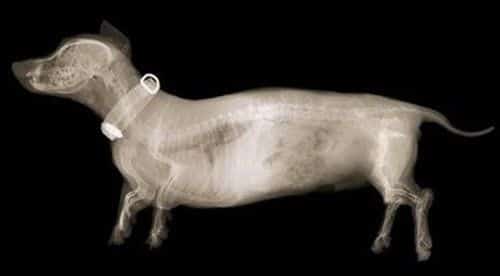 Hypoplasia of dens in dogs is a congenital disability that affects the neck. Dogs that have the condition lack a pivot point in the vertebra. Over time, this condition can damage the dog’s spinal cord.

Some breeds are more likely to experience hypoplasia of dens than others. Some of the most susceptible breeds include:

The condition can, however, appear in other breeds.

Hypoplasia of Dens in Dogs Symptoms

Hypoplasia of dens in dogs can cause a variety of symptoms. Some dogs experience neck pain because of the malformation. The condition can also cause paralysis in all four legs.

Symptoms of hypoplasia of dens in dogs often fall between these two extremes. For example, a dog with the condition may seem weak or uncoordinated compared to its peers.

The hypoplasia of dens in dogs can appear at any time in a dog’s life. The animal may show symptoms shortly after birth or much later in life.

Diagnosing Hypoplasia of Dens in Dogs

Veterinarians who suspect a dog has hypoplasia of dens can diagnose the condition with imaging technology, such as radiography, fluoroscopy, computed tomography (CT) scans, or magnetic resonance imaging (MRI).

If imaging shows that the dog has a malformed vertebra, then the doctor can confirm hypoplasia of dens in dogs.

Treatment Options for Hypoplasia of Dens in Dogs

Treatment options for hypoplasia of dens in dogs are limited and depend on the severity of symptoms.

Dogs that show signs of neck pain may get relief from medications. Once the dog doesn’t experience the frequent neck pain, it can resume its regular routine. This treatment option, however, only controls the symptoms. It does not solve the underlying problem.

Dogs that show severe symptoms, including paralysis in one or more legs, can benefit from a surgical procedure that relieves pressure on the spine. Malformed dens can eventually put so much pressure on the spine that it blocks information traveling between the brain and body. With enough pressure, the dog can lose control of its legs.

In the worst cases, a dog’s spine can become permanently damaged. At that point, it’s unlikely that relieving pressure will benefit the animal. Once the spine becomes damaged, there aren’t reliable treatment options available to owners.

Other Spine Issues in Dogs

Here is a list of common disc diseases in dog that you should be aware of.