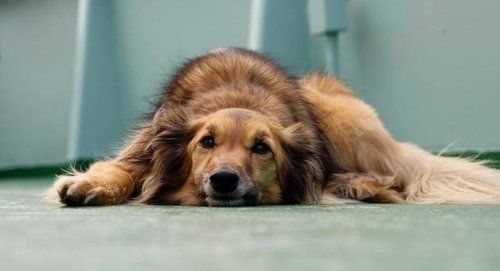 Hepatic disease in dogs is a condition that damages the liver and prevents it from performing a variety of functions. Some of the liver’s most important roles include removing toxins and storing toxins to protect the rest of the body. The liver also plays a crucial part in metabolizing toxins so they break down into less harmful chemicals.

When hepatic disease leads to liver damage, the organ cannot do its job. Eventually, increased levels of toxicity can affect the gastrointestinal and circulatory systems.

Causes of Hepatic Disease in Dogs

Hepatic disease in dogs can come from any number of sources. Some dogs develop hepatitis from canine adenovirus, which can cause liver tissue to inflame, scar, or die.

Before veterinarians can begin treatment, they need to identify the root cause of hepatic disease in dogs.

Since hepatic disease in dogs can have multiple causes, veterinarians may need to identify the root of the ailment before they can begin effective treatments.

Some common diagnostic options include:

Unfortunately, veterinarians have not developed a reliable test for diagnosing hepatic disease in dogs caused by autoimmune disorders.

Symptoms of Hepatic Disease in Dogs

Hepatic disease in dogs can cause a variety of symptoms, including:

Without treatment, hepatic disease will end a dog’s life.

The liver has extraordinary regenerative abilities, so it’s possible that the organ can repair itself once the dog no longer has access to a medication or toxin. Similarly, switching to a diet with low levels of copper or iron can help the liver repair itself.

Dogs living with bacterial or fungal infections often respond well to treatments that target those ailments. As the infection clears, the liver begins to regenerate new cells.

Dogs that show symptoms of hepatic disease need immediate assistance from a veterinarian experienced in diagnosing and treating the condition. The sooner hepatic disease in dogs gets treated, the more likely it is that the animal will recover and lead a normal life.