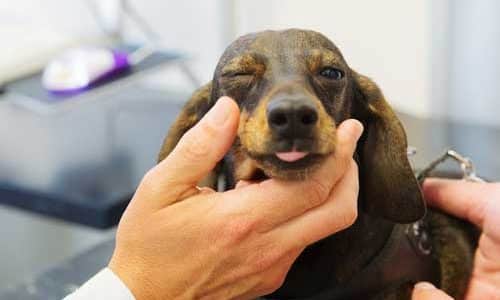 Leptospirosis may not be a household word but it is a very infectious disease caused by a type of bacteria called Leptospira. Dogs that get this disease should be cared for immediately so that they have the best possibility for recovery. In this article we will share how dogs get leptospirosis, the symptoms, how it is diagnosed, treatment methods, and what to do at home.

Leptospirosis is a disease caused by a spiral-shaped bacteria called leptospires. This bacteria is found all over the world in both water and soil. There are different strains of this bacteria and it is zoonotic meaning it can pass to humans from their dogs.

Leptospirosis is considered to be the most widespread zoonotic infection in the world, with infected dogs a source of infection.

How is Leptospirosis Caused?

While this bacteria is found globally in water and soil, it is more prevalent in dogs that live near areas with high rainfall and warm climates. This does not mean that it cannot happen anywhere but in these areas, there are more cases of leptospirosis.

One area that it is common is with dogs that live near rivers, streams, lakes, and other bodies of water. This includes both drinking from the body of water and even exposure to it. In rural areas it is also more prevalent due to exposure to water sources, farm animals, and possibly infected wildlife. Some may be exposed by being around other dogs or rodents that reside in the area.

Another way that a dog can get leptospirosis is by their mucous membranes being exposed. This can happen with a dog that has a cut on its skin accidentally touching urine-infected soil, infected urine in other areas, or even its food or bedding. Other possibilities include being bitten by an animal with leptospirosis or eating the dead carcass of an infected animal. And lastly, a mother can pass on leptospirosis to her puppy through the placenta.

Once it is in the dog’s bloodstream, it reproduces in other areas like the kidneys and urine and then gets shed back into the environment, which can affect other animals the same way the dog got it.

While some dogs do not show any major outward symptoms, according to AVMA:

Signs of leptospirosis may include fever, shivering, muscle tenderness, reluctance to move, increased thirst, changes in the frequency or amount of urination, dehydration, vomiting, diarrhea, loss of appetite, lethargy, jaundice (yellowing of the skin and mucous membranes), or painful inflammation within the eyes. The disease can cause kidney failure with or without liver failure. Dogs may occasionally develop severe lung disease and have difficulty breathing. Leptospirosis can cause bleeding disorders, which can lead to blood-tinged vomit, urine, stool or saliva; nosebleeds; and pinpoint red spots (which may be visible on the gums and other mucous membranes or on light-colored skin). Affected dogs can also develop swollen legs (from fluid accumulation) or accumulate excess fluid in their chest or abdomen.

How is Leptospirosis Diagnosed?

The veterinarian will have to run a panel of tests. They cannot determine if it is this bacteria with a simple blood tests. Instead, they will need to run a CBC, which looks at white blood cells and platelets. They will also need to run a serum biochemistry which looks for high kidney and/or liver values as well as abnormal values on things like potassium, sodium, phosphorous, and chloride. A urinalysis looks for protein and inflammation.

There are two common rapid tests that may help diagnose the problem. One is a DNA-PCR test and the other is called a MAT test which stands for microscopic agglutination test. One tests for before antibiotics are given and the latter looks for foreign antibodies in the dog’s blood. Both have their limitations but work well in many instances.

How is it Treated?

The good news is that leptospirosis can be treated. The first course of action is to get your dog to a vet if you see any of the aforementioned signs.

If a dog is not treated, the infection clears out in about 8-10 days. Yet, the damage to the kidneys and other organs can be irreversible even if the infection has run its course. This is because the dog’s natural immune system produces antibodies to clear out the infection. Unfortunately, the bacteria has often already affected the dog and some may keep the bacteria in their system and become carriers.

If there is no kidney or liver damage, which requires more intense treatment such as hospitalization, antibiotics work well to clear up this infection. Your vet will make the recommendation but as stated by VCA Hospitals:

There are two phases of antibiotic treatment: the first phase quickly clears the most serious or acute infection from the body. The second phase clears the low-grade lingering infection found in carrier dogs.

Since treatment can be costly if there is damage to the organs, having pet insurance is paramount in helping defray some of the costs involved. Even some of the testing can start to become expensive so it is important to be prepared so that your dog can get all of the treatment it needs for a long and healthy life.

It is imperative that your dog take all of the antibiotics given to him by your vet. In some areas, there are vaccines available that prevent it from every happening.

And keep in mind that this can be transferred to humans. It will show up as flu-like symptoms and bears mentioning to your doctor if you have a dog with leptospirosis.

Other types of Canine Hepatitis