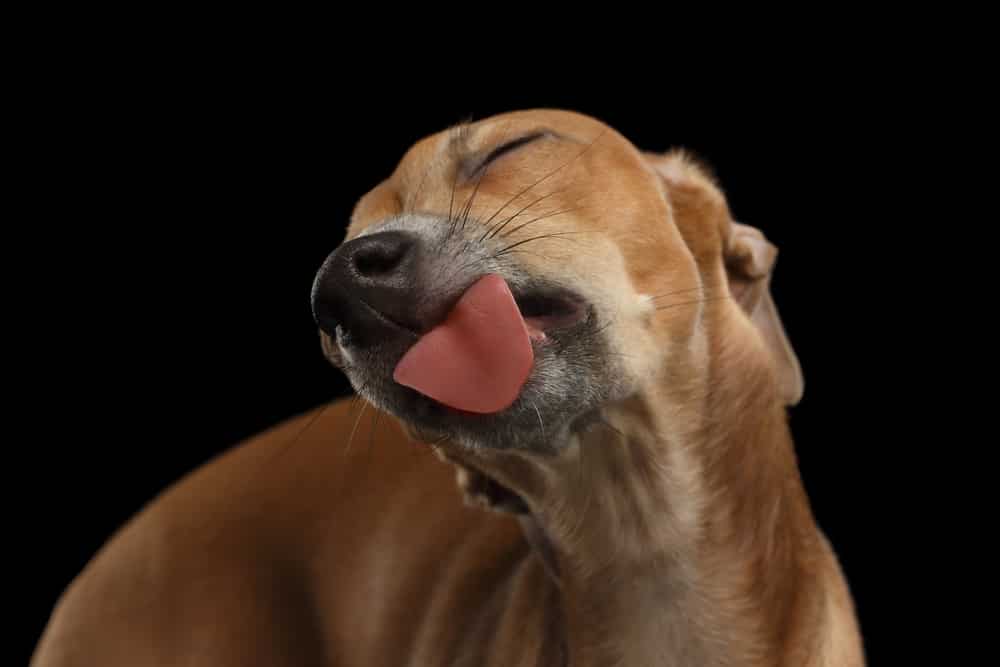 Humans have been breeding dogs for years – to help with a wide range of tasks. Whether a dog is bred for hunting, protection, herding animals or racing, speed is always a distinct advantage.

How fast a dog can run isn’t always at the top of the list when someone is trying to decide on the best breed. But for those who view speed as a priority, here are 10 of the fastest dogs in the world.

The average greyhound might look pretty fierce when it’s sprinting on a race-track, but these beautiful dogs are caring and sweet-natured. Sadly, thousands of greyhounds are abandoned every year when they reach the end of their racing career. But if you can rescue one of these beauties, they’ll give you lots of love and affection.

Like many dogs, the saluki was originally bred to help humans chase prey. According to the American Kennel Club, this lean and agile dog is one of the most active in the world. Anyone considering a saluki as a family dog should be prepared to take it out for exercise regularly. It’s also a good idea to have access to a large, fenced area that allows the dog to run and play.

The Afghan hound, just like the saluki, has a top running speed of around 40 miles per hour. This stunning dog is a basal breed – meaning it is the genetic forefather of thousands of breeds around the world. The Afghan hound is elegant, lean and strong. But like the saluki and the greyhound (genetic cousins), it has a playful, carefree nature. This breed is characterized by its thick, silky coat, which protected it in the freezing wildernesses of Afghanistan.

The vizsla is a Hungarian breed that can give the Afghan hound, the saluki and the greyhound a run for their money on a race-track. Renowned for their loyalty, these medium-sized dogs make loyal companions and protectors. Vizslas are natural hunters; they were originally bred to hunt and gather in forests. Today, they make excellent family dogs, thanks to their innate trainability.

The Jack Russell terrier is blessed with a sudden burst of pace from a standing start. This was important in 18th-century England, when fox hunting was a popular sport among the wealthier classes. The breed’s incredible speed and agility also made it a popular farm dog; Jack Russells are still used to find and catch rats in crop fields. But this dog is bursting with energy, which can make it difficult to manage and train. The Jack Russell probably isn’t the best dog to have around very young children.

Dalmatians were bred to protect horses and carriages, so they had to be powerful and agile over short distances. They have lots of energy, so regular exercise is essential. But their energy is relatively easy to channel – dalmatians are very sociable dogs. They love to play, but they also love long hikes and the great outdoors. According to the British Kennel Club, this boisterous breed should get more than two hours of exercise per day, which may not be practical for working households.

The borzoi was originally bred for hunting. Capable of running at speeds of 35 miles per hour, this slender dog was used to hunt everything from rabbits to wolves. Also known as the Russian wolfhound, the borzoi was popular with royalty in Russia for centuries. While this dog is great with children, it is more independent than many of the other breeds on this list. The borzoi still possesses that natural instinct for hunting, so be wary around cats, squirrels and smaller dogs.

Whippets look a lot like greyhounds, but they’re considerably smaller. According to the American Kennel Club, this dog rarely barks – making it perfect for families with babies. While the whippet is known for its incredible acceleration, it’s not built for endurance. In fact, these dogs love to stretch out and relax by their owners for hours at a time. This is a gentle, kind-hearted dog that requires minimal maintenance.

The German shepherd dog is a loyal and obedient breed that is usually very protective of both its family and its territory. These traits make this older breed perfect for use in law enforcement and security. German Shepherds were popular throughout the world at the start of the 20th century. But two global wars involving Germany adversely affected their popularity in the West. As a result, the breed was given several alternative names over the years – including alsatian. According to the American Kennel Club, one of this breed’s most impressive traits is its ability to learn commands and follow instructions.

The Scottish deerhound was originally bred to hunt deer in the mountainous regions of Scotland. This dog can reach speeds of up to 30 miles per hour, and it can weigh as much as 110 pounds. The breed shares many similar traits with the greyhound, the Irish wolfhound and the borzoi. Gentle and affectionate, the Scottish deerhound can be silly and boisterous at times – but it’s one of the friendliest dogs in the world.

The world’s fastest dog breeds were usually bred to help humans hunt. Today, however, most of them are loving family pets.

Get Your Free Quote