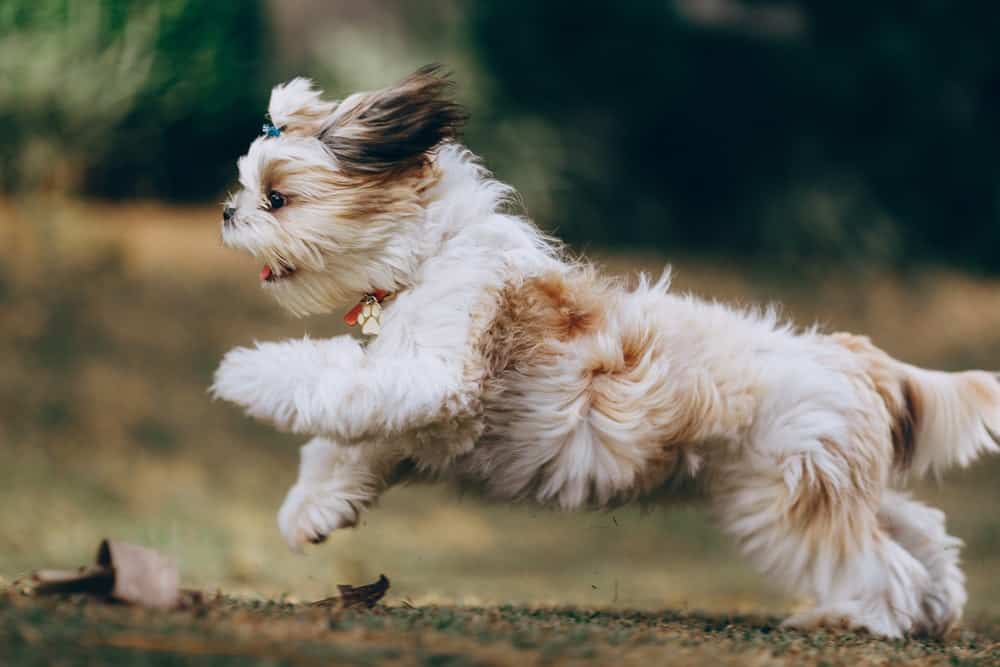 Everyone wants their dogs to be healthy and exercise is a part of that. But for some dogs, there is a condition called exercise induced collapse. There are aspects to be aware of with this condition so that you can keep your dog healthy and happy without risking problems. We will explore exercise induced collapse in dogs – what it is, why it happens, what kind of dogs it affects, diagnosis, treatment, and what you can do at home.

What is Exercise Induced Collapse in Dogs?

Exercise induced collapse is a condition that affects Labrador retrievers that seem otherwise fit and in good health. And unfortunately, this is a breed of dog that is typically very active.

Otherwise known as EIC, is a general term. What happens is that after a dog exercises for a few minutes, usually five to 10, they seem to collapse. This exercise may be anything from chasing a ball to running or playing hard. As long as it is a high-drive type of exercise, this is what seems to affect the dogs with this condition.

The condition was discovered in the 1990s and according to VetStreet:

It’s since become clear that the exact source of the genetic problem involves a mutation in a gene involved in the communication between nerves of the central nervous system.

This is a condition where the dog inherits is an autosomal recessive trait. Some dogs carry one of the genes (heterozygotes) and are what is known as carriers. These dogs may pass along the condition to their offspring. Other does carry both genes (homozygotes). These are the dogs that are in the at-risk category for having symptoms of exercise induced collapse.

As mentioned on PetMD:

While any type of exercise or high activity can lead to this, it typically happens in extreme exercise such as repeated retrieving, exhaustive running, and intense play. There are also other symptoms to be aware of and these present themselves from five to 20 minutes of play.

While it is scary to see your dog collapse, most dogs fully recover in a few minutes – usually five to 25 minutes. In some, they still may seem to want to run or play even while collapsed. They’re not in pain and do not have discomfort during or after the collapse but the condition is still concerning and should be addressed by a veterinarian’s care.

How is Exercise Induced Collapse Diagnosed?

There are a few tests a veterinarian can use to diagnose this issue. Of course, the main test is a genetic one if a dog is displaying symptoms. The other tests are to ensure other areas of the dog’s health are good. These include a biochemical profile and complete blood count. In those tests, it shows that the dog’s internal organs are doing well.

A thyroid test checks the dog’s thyroid hormone levels. And there are certain other blood tests used to make sure there is not another condition causing collapse such as a heart condition. These are all tests that are traditional when it comes to exercise induced collapse in dogs.

Of course, seeing the vet can be expensive and tests add to the expense. That is why having good pet insurance is imperative to ensure your dog gets the best care without it being quite so expensive.

One thing to keep in mind is to be aware of any of the symptoms even if the dog does not collapse. Some dogs do not so a high temperature and high excitement level should be monitored as well.

In some cases, veterinarians prescribe phenobarbital. This drug is used for seizures and will not treat the condition itself. Instead, it calms some of the excitement in the dog. The only treatment for exercise induced collapse is to avoid the type of situations that cause it. This means that if your dog has this condition, extreme exercise should be avoided and situations where the dog may get over-excited should be monitored. A high-drive mode should be avoided and dogs with EIC should enjoy more of a sedentary lifestyle.

There are no preventative measures for exercise induced collapse as a condition itself. But by having a dog tested, the effects of the condition can be minimized in those that test positive. For example, field labs are especially prone to this condition so before breeding takes place, genetic testing should be done to rule it out.