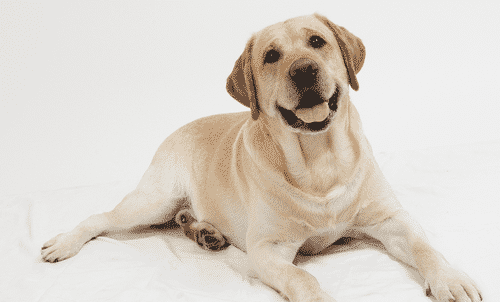 Mastitis in dogs are generally categorized into two types:

This type of mastitis is caused by the overgrowth of bacteria. When there’s an abscess or wound in the nipple, this would provide a patent opening for bacteria to enter the teat canal and travel up to the mammary glands, causing an infection. Although common to breastfeeding dogs, this could also happen to any dog exposed to unsanitary conditions. The bacteria that usually cause this kind of infection are Escherichia coli, Staphylococci, and Streptococci.

Galactostasis or caked breast occurs when there’s too much milk in the mammary glands that they become distended and swollen even when there’s no infection. This usually happens during the later stage of a dog’s pregnancy or during lactation when the litter’s too small and the dam produces more milk than needed. Dogs that go through pseudo pregnancies may also experience this type of mastitis since there are no puppies to consume the milk.

Mastitis may be localized in a single gland only or the inflammation may be diffused in two or more glands.

Causes of Mastitis in Dogs

When a dog becomes pregnant, it will experience several body changes to accommodate the arrival of its puppies. One such body response is the production of milk, which happens in the latter part of pregnancy. When the puppies are born, they sometimes scratch the surface of the dam’s breast as they latch on for milk. The scratches provide an opening for the bacteria to enter and cause an infection.

When dogs that are not pregnant have mastitis, they usually go through additional testing as breast inflammation can sometimes be caused by cancer or tumor in the mammary gland.

Mastitis in dogs has very visible signs and symptoms. Aside from physical symptoms, pet owners will also notice changes in the dog’s behavior. Some of the common signs to look out for include:

The abnormal size and look of the mammary gland is the most prominent sign of mastitis. The affected breast is inflamed, swollen, and the teat will take on a purplish-blue appearance. In some cases, discharges from the mammary glands may have blood in it or it may become purulent. In this instance, milk from the dam becomes toxic to the puppies.

Neglect of its young

Another telling sign of mastitis is the dam’s behavior toward its young. Due to the pain and discomfort when nursing, the dog will neglect its puppies. The dam may growl or snap when the puppies attempt to nurse. When owners notice that the puppies cry a lot, this could be a sign that they’re not fed enough and their mother is not taking care of them. The puppies will appear thin and malnourished as this progresses.

A dog suffering from mastitis will appear fatigued and lethargic. It may also lose its appetite and may also be vomiting. Other signs to look out for include restlessness, frequent sleeping, crying, weight loss, and dehydration.

Since mastitis is an infection that could become severe when left untreated, the dog has to be taken to the veterinarian immediately at the first sign of this illness. The infection could become life-threatening when the bacteria enter the bloodstream and sepsis occurs.

A veterinarian could diagnose mastitis through a physical exam. Aside from palpating the teats, the vet may also ask the pet owner about the dog’s health history, when the onset of symptoms occurred, and factors or incidents that may have caused the condition. Additionally, the vet may also request a range of diagnostic tests like:

A sample of milk from the affected mammary glands is examined under a microscope. If bacteria and pus are present, this is indicative of mastitis.

A urine sample will be taken from the dog and assessed. This will serve as a screening test for dehydration and kidney function. Urinalysis is done especially if the dog is lethargic.

In some cases, when the mastitis has been diagnosed as due to a bacterial infection, the veterinarian may request for bacterial culture. To do this, a milk sample is taken from the affected breasts in a sterile manner. The sample is sent to a laboratory so that the bacteria can be cultured and isolated. Then an antibiotic sensitivity testing is performed to check which type of antibiotic is most effective in eliminating the bacteria. Antibiotic medication is selected based on the findings of this test. It is also important to note that whatever medication that’s administered to the dam will also be passed on to the puppies if she’s still nursing. If sepsis is suspected, a bacterial culture of the blood may also be requested.

While physical exam alone should be able to help diagnose mastitis in dogs, the vet may also recommend an ultrasound especially if there’s an abscess. Aside from being an excellent diagnostic tool, the vet can also determine the severity of the illness since the ultrasound can help assess the changes in the surrounding tissues and blood vessels.

Treatment for mastitis depends on the gravity of the infection. Often, it involves a combination of varying medical intervention, which includes:

Prescribing antibiotics for the infection and pain medication to alleviate the discomfort is the common and effective approach to treating mastitis. This can be done on an outpatient basis so the dog can stay with its puppies at home.

Whether the dog can continue nursing is up to the vet since aggressive antibiotics and other toxins in the milk can be harmful to the puppies. And there are instances where the vet will recommend separating the puppies from its mother since just the sight and sound of its puppies can stimulate lactation in the dam.

Dogs with galactostasis may have to undergo hormone therapy to dry up the breast. If the dam keeps exhibiting mothering behavior like stimulating the teat, the vet may have to mildly sedate the pet to prevent this. Food and water intake may be withheld for hours and the vet may prescribe a diuretic to encourage mild dehydration, which could stop lactation.

If the infection has caused dehydration or sepsis is detected, the vet may have the pet under intravenous fluid therapy to correct low blood sugar and electrolyte imbalance. The dog will have to be admitted to the hospital for this. This will also help maintain a stable weight for the dog.

Aside from these medical interventions, the vet may also order a warm compress and instruct pet owners to manually milk out the affected breast several times a day to help increase blood flow to the area and keep the ducts clear.

In extreme cases of mastitis, surgery might be necessary to remove necrotic glands.

The prognosis is generally good for dogs with mastitis as long as it is treated immediately. The pet owner should follow through with the treatment and diet plan laid out by the veterinarian. To ensure total recovery, pet owners must follow through with subsequent visits to the vet with their dog.

If the mastitis is severe and the bacteria have entered the bloodstream causing systemic infection, the prognosis is guarded even with aggressive intervention.

Aside from taking care of the mother dog, the vet may also design a supplemental feeding program for the puppies and it is up to pet owners to continue caring for them.

To prevent recurrence of mastitis or its occurrence in the first place, here are important tips to keep in mind:

Early detection and intervention are big factors that keep mastitis from becoming fatal for the dog. Thus, taking the dog to the vet for a check-up at the onset of symptoms can help ensure full recovery for the pet without any lasting and adverse effect on the dog’s quality of life.