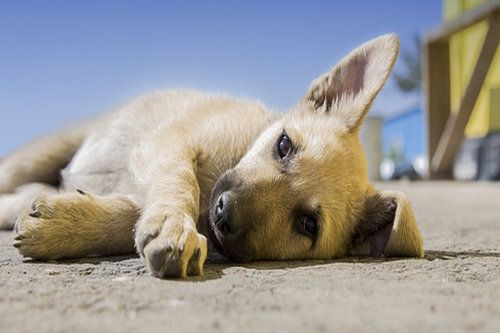 Canine rheumatism is a degenerative disease (arthritis) that affects the joints and cartilage of an otherwise healthy dog. It can occur in most any breed at almost any age, with no real warning signs. Canine rheumatism is a progressive disease, which means that it will not get better without treatment, and even with treatment, it usually tends to get worse over time.

The ultimate result of rheumatism tends to be the total destruction of cartilage cushioning between joints and the death of cells that produce that cartilage. As a result, these bones grind together very painfully, and motor function can be lost altogether.

There is no cure for canine rheumatism, but drug therapy to manage the pain and treat the symptoms has traditionally been very successful. Drug therapy is most effective, however, when it’s employed in conjunction with a balanced diet and regular exercise routine. For dogs that suffer from canine rheumatism, high-impact exercise such as running and jumping should be totally restricted.

If canine rheumatism proves to be particularly severe in your animal, there are several surgical options available. One of the most effective is an operation which removes the entire head of the femoral bone, thus stopping the uncomfortable grinding that is associated with the disease.

Note that this is only an option for those animals whose rheumatism affects their hip. In the most extreme scenarios, total replacement of the hip bone with a prosthetic device is also possible. Such courses of action, however, are always considered a last resort. Pet insurance can help you pay for expensive veterinary treatment if your dog gets sick or injured. Get a policy for your pooch before he or she needs expensive medical care.

Get Your Free Quotes