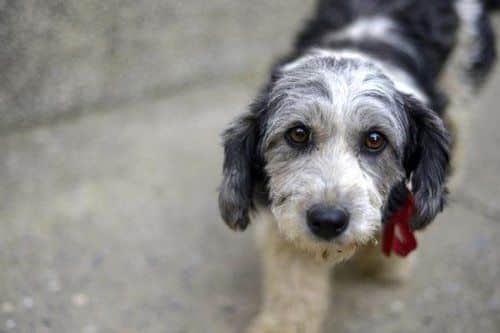 What is Addison’s Disease?

The adrenal glands are a pair of glands located near the kidneys. These small glands are made up of an inner medulla and an outer cortex. The adrenal cortex is further divided into three distinct zones: the zona glomerulosa, zona fasciculata, and zona reticularis.

Zona glomerulosa – is the outermost layer of the adrenal cortex and responsible for producing and secreting mineralocorticoids.

Zona fasciculata – this is the layer immediately below the zona glomerulosa, which is responsible for the production and secretion of glucocorticoids.

Zona reticularis – the innermost layer of the adrenal cortex, this zone produces and secretes androgens.

Addison’s disease is mainly a disorder of the adrenal cortex, particularly the zona glomerulosa and zona fasciculata, which are responsible for the production of glucocorticoids (cortisol) and mineralocorticoid hormones (aldosterone).

Glucocorticoids help the body respond to stress and any environmental changes. Mineralocorticoids, on the other hand, are responsible for maintaining sodium and potassium levels that are favorable for fluid balance in the dog’s body. Changes to the levels of both these hormones can adversely affect the dog’s physiologic processes.

Types and Causes of Addison’s Disease in Dogs

This is the most common type of Addison’s and mainly caused by immune-mediated destruction of adrenal tissues. Primary Addison’s disease is further categorized as typical or atypical.

Typical. This type of primary Addison’s disease occurs when the inner and outer layers of the adrenal glands are damaged, leading to a deficiency in both glucocorticoid and mineralocorticoid hormone. In most cases, the cause of this disorder is unknown (idiopathic). Although rare, some medications or concurrent diseases like cancer can cause this condition.

Atypical. This type of Addison’s disease occurs when adrenal damage is limited to the part of the cortex that produces glucocorticoids, the zona fasciculata. Since there is a normal level of mineralocorticoids and deficient glucocorticoid, symptoms of atypical Addison’s disease are subtler. This type of hypoadrenocorticism accounts for approximately 45% of all cases. If not monitored, patients with atypical Addison disease could progress into a typical condition.

If the dog has been taking steroids for a long time and the medication is stopped abruptly, this can also lead to secondary Addison’s disease known as iatrogenic hypoadrenocorticism. Fortunately, this condition is oftentimes temporary.

Although any dog is potentially susceptible to this disease, certain breeds are more predisposed to developing this illness. These include breeds like Standard Poodle, Border Collies, Portuguese Water Dogs, Newfoundlands, Labrador Retrievers, Great Danes, Leonbergers, and Rottweilers.

Hypoadrenocorticism is often regarded as “the great pretender” because of its vague and sometimes intermittent symptoms that often mimic other conditions. Generally, initial signs of the condition include restlessness, vomiting, diarrhea, lethargy, as well as increased thirst and urination. These signs are sporadic and non-specific, which can be confusing to pet owners.

Upon further examination, clinical signs like dehydration, weak pulses, low temperature, and irregular heartbeat would emerge. If left untreated, the disease could lead to an Addisonian crisis, a phenomenon where the patient will exhibit low blood sugar level, high potassium level, and low blood pressure. This would lead to severe diarrhea, vomiting, and eventually, collapse.

Since Addison’s disease in dogs causes clinical signs that often mimic other conditions, patients usually go through rigorous testing to rule out or confirm medical conditions based on the symptoms that the dog exhibits. Initially, the veterinarian will take the medical history of the dog and perform a physical exam. And from there, the diagnosis will be a process of elimination using the following diagnostic tests:

This test assesses the urine to check for hydration status, infection, and kidney function. Dogs suffering from Addison’s disease will usually show a low concentration of urine and low levels of sodium (hyponatremia).

A routine complete blood count and biochemistry profile of dogs with Addison’s disease may show anemia, low blood sugar levels, high levels of potassium (hyperkalemia), increased levels of calcium (hypercalcemia), as well as elevated levels of urea and creatinine, which are waste products normally eliminated through the kidneys. These clinical signs are also suggestive of kidney disease so further lab tests and evaluation of adrenal function are necessary to arrive at a definitive diagnosis.

To perform the ACTH stimulation test, a baseline blood sample is obtained before administering a dose of synthetic adrenocorticotropic hormone. ACTH should stimulate the secretion of glucocorticosteroid so a normal dog should exhibit a higher cortisol level than the baseline level. If the cortisol level hasn’t changed even after administering the ACTH, this is indicative of Addison’s disease in dogs.

The veterinarian may request other tests like electrocardiogram (ECG) to assess heart rhythm abnormality and imaging tests like abdominal ultrasound and radiograph to rule out other conditions. If a pituitary gland problem is suspected, the veterinarian may want to have an MRI or CT-scan as well.

It is important to note that dogs with atypical Addison’s disease may have almost normal laboratory results save for a slight change of blood sugar levels and white blood cells. Their bloodwork may reflect normal electrolyte balance because they don’t have a deficiency in mineralocorticoids.

A Precaution on Whipworms

Scientifically known as Trichuris vulpis, whipworms are canine parasites that live in the dog’s large intestines. When infested with these worms, the dog may exhibit a set of symptoms that are pretty much like Addison’s disease (vomiting, diarrhea, and even electrolyte imbalance). If the dog is living in an area where this parasite is endemic, fecal testing may also be necessary. In this instance, the ACTH stimulation test is the one definitive diagnostic procedure to evaluate if the dog is having a bad case of whipworm infestation or is suffering from Addison’s disease.

Treatment for Addison’s disease in dogs is mainly focused on restoring the blood volume through fluid therapy, correcting electrolyte imbalance and acid-base disorders, as well as replacing the deficient hormones. To achieve this, the veterinarian may go for some or all of these interventions:

Dogs that are experiencing diarrhea and vomiting are more likely to become dehydrated and have low blood volume. To treat this, patients are given intravenous fluids. And this is continuously given until the dog can eat on its own and can maintain hydration.

The vet will prescribe medications to replace deficient hormones as well as combat the other signs of Addison’s disease like hyperkalemia, hyponatremia, electrolyte imbalance, and hypoglycemia. These medications may be given as an injection, oral medication, or intravenously especially if it’s a medical emergency.

The most common drug used as a mineralocorticoid replacement for dogs diagnosed with Addison’s disease is desoxycorticosterone pivalate (DOCP), which is injected every 3-4 weeks. This is supplemented with an oral corticosteroid hormone.

Cost to Treat:  $2,400 per year for the life of your dog, Ongoing treatment is approximately $200/month for shots, steroids and blood tests.

Most dogs with Addison’s disease will be on hormone replacement therapy for the rest of their life to make up for the lack or deficient adrenal hormones. That’s why pet owners have the responsibility of regularly scheduling an appointment with the vet. After discharge, further blood tests and urinalysis will have to be taken to monitor the progress of the dog.

Also, the veterinarian may have to adjust medication as needed. For instance, in situations where extreme stress is anticipated (travel or surgery), the dog may need a higher dose of hormone replacement medication to cope with the stress. For this reason, stress should be kept at a minimum because any stressful situation could potentially become a crisis if the medication is not adjusted beforehand.

Fortunately, Addison’s disease in dogs is a manageable illness. Dogs that are diagnosed with this condition often have an excellent or good prognosis once treatment commences. Even those that went through an Addisonian crisis can still live a normal and full life with timely intervention and strict disease management.