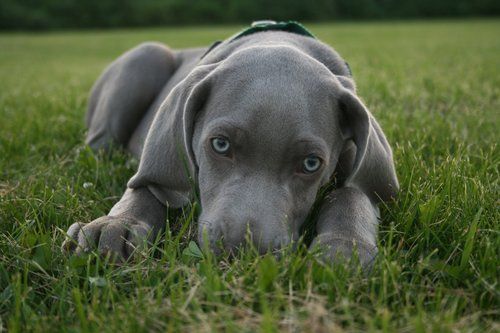 Weimaraner’s were originally bred in the 19th century as hunting dogs. Early on they were used by German royalty for hunting large game including boar, deer and bear. Today Weimaraner’s are still used as hunting dogs but more commonly for small game such as rabbit, fowl and fox.

The average lifespan of a healthy Weimaraner is 11 to 14 years. They are a generally healthy breed, but just like any purebred, large dog, Weimaraner’s are susceptible to some serious health issues that you should be aware of.

* Eight percent of dogs surveyed by the Weimaraner Foundation Fund had been diagnosed with bloat.

All of the best pet insurance companies cover major medical issues like accidents and illnesses. This chart provides a more detailed breakdown.

Note: Unfortunately, dog insurance does not cover pre-existing conditions, so it’s important to enroll while your pet is healthy and young.

Below are some samples across the country to give you an idea of how much it costs. However, the only way to know exactly how much a plan will cost is to get quotes for your Weimaraner.