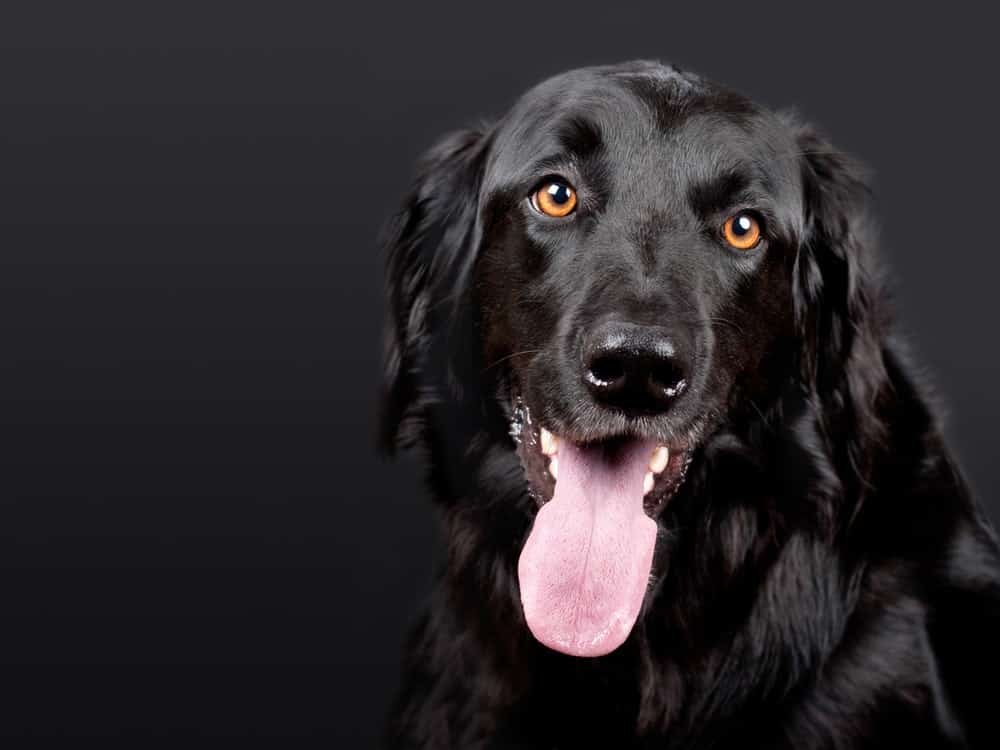 You notice your fur baby bringing up ingested food and liquids. Is it merely vomiting? Or could your pooch be suffering from megaesophagus? Here’s everything you need to know about this condition.

Megaesophagus is the enlargement of your pet’s esophagus, the tube that connects the mouth to the stomach. Normally, the presence of food triggers the swallow reflex and this also causes the esophagus to contract and relax – a movement known as peristalsis – in a bid to transport food to the stomach speedily and efficiently.

When your furry pal suffers from this condition, motility of the esophagus can be impaired, causing your pet to regurgitate food instead of swallowing it. When this happens, other reflexes like closing off of the airways that connects to the lungs can be disrupted as well, leading to aspiration pneumonia.

Is Your Fur Baby Vomiting or Regurgitating?

Many pet parents mistake regurgitating with vomiting. Just because your four-legged pal is throwing up undigested food doesn’t mean they’re vomiting. They could be regurgitating food. And the main difference is that regurgitated food comes from the esophagus.

When the esophagus loses its motility, transport of food is impaired. Thus, whatever food that your pet may take in just swirls back from the esophagus to the mouth. In contrast, vomited food are usually from the stomach or small intestine. The usual symptoms that accompany vomiting like nausea, retching, and discomfort, is absent when your furry pal is regurgitating.

Regurgitating food is a distinct sign of megaesophagus. Aside from this, you could also notice your fur baby exhibiting these symptoms:

Megaesophagus can either be congenital, acquired, or incidental. Here are key differences between these three.

This case of megaesophagus is hereditary and is often diagnosed when puppies are weaned off of milk and begin to take some solid food. Incomplete nerve development causes this condition. Breeds that are predisposed to congenital megaesophagus are:

The good news is, pups with congenital megaesophagus have a better prognosis than acquired ones. Esophageal nerve development could improve as your pet grows.

In addition, fetal blood vessels could also be encircling the esophagus, constricting its movement. Normally, these tissues are supposed to disappear upon birth. But in some instances, your pet’s development may not progress normally like this. And until these vascular rings are removed surgically, your pup may exhibit symptoms similar to that of megaesophagus.

This type of megaesophagus is usually diagnosed in adult dogs or cats. While some cases have unknown causes, most megaesophagus of this nature is just a symptom of an underlying medical condition.

Myasthenia Gravis. This condition is one of the most common causes of megaesophagus. This is characterized by an impaired transmission of impulses from the nerves to the muscles; thus, canine muscles don’t contract as it should. Though some breeds like Smooth Fox Terrier, Springer Spaniel, and Jack Russell are predisposed to a congenital form of this disease, myasthenia gravis is mostly caused by a defect in the immune system of your pup.

Diagnostic tests are needed to pinpoint this disease and its specific cause. The bad news is, this condition is not curable. But with ample medical intervention and home-care, your pooch could still enjoy a quality of life for years.

Esophageal Obstruction. Tumors in the esophagus or in the surrounding tissues could impair the movement of the esophagus and restrict the transport of food to the stomach. In this instance, removal of the obstruction through surgery or other medical means is necessary to revert your furry friend’s esophagus back to its normal state. Strictly speaking, this is not a true megaesophagus as the esophageal muscles are still working normally, obstructions are just keeping them from doing their job.

Stricture. This is another form of obstruction and this occurs when the esophagus narrows due to scarring. When your pooch suffered from incessant vomiting or foreign body obstruction, the neurologic transmission may be impaired causing this condition. To treat stricture, a special balloon is surgically inserted into the esophagus to dilate the narrowed portion and aid the proper transport of food. However, even with surgical treatment, regurgitation may persist, albeit less frequently.

Canine Distemper. This is a viral infection that causes neuromuscular damage. The airborne virus could easily spread and infect your pup through contact with infected wildlife or canine. It’s imperative to isolate infected animals to prevent further spread of this fatal condition. Distemper can be prevented through a series of vaccination for your puppy. There’s no cure for this disease and treatment is often composed of supportive care to prevent secondary infection as well as manage symptoms like megaesophagus, dehydration, diarrhea, and other neurologic symptoms.

Addison’s Disease. Also known as hypoadrenocorticism, Addison’s Diseases is characterized by deficient production of the adrenal gland hormones, aldosterone and cortisol. This could lead to electrolyte imbalance, which could impair neuromuscular function. The good news is, if your pup has this condition, its megaesophagus is reversible. Once this condition is treated through hormone replacement and electrolyte-regulating medications, megaesophagus would also be treated.

Dermatomyositis. This condition is the result of a defective facial blood vessel. The abnormal development of the blood vessel causes decreased blood flow to tissues, which leads to poor oxygenation that could progress to tissue damage. Skin lesions and inflammation of the muscular tissue are the common symptoms of this condition. In severe cases, this could lead to megaesophagus and muscle atrophy. Treatment depends on individual cases. Some canines respond well to medication and may only need it for a season, while others require lifelong medical intervention. Corgis, Collies, Beaucerons, and Shetland Sheepdogs are predisposed to this condition.

Dysautonomia. Dogs with this condition suffer from a dysfunctional autonomic nervous system, the system that controls digestion, respiration, urination, and heart rate. Sadly, there’s no known cause of this disorder.

Dogs that suffer from this disease will seem clumsy and exhibit some other symptoms like difficulty breathing and urinating, slower heart rate, weakness, and muscle degeneration. There’s no known cure for this disorder and treatment usually consist of interventions to manage the symptoms like fluid therapy, special diet, and medication to stimulate neuromuscular activity.

Toxic Causes. In some instances, exposure to toxic substances like lead, snake venom, insecticides, medication, and tick toxins could lead to megaesophagus. Treatment plan is dependent on the kind of toxin that your pet is exposed to.

This type of megaesophagus is caused by intestinal gas, excitement, and anesthesia. The esophageal activity should revert back to normal within 2-14 days.

To diagnose this disorder, the vet will first do a thorough physical exam. Vets will usually go over your pet’s detailed medical history and will ask you questions to rule out different medical conditions.

In addition, your pooch will go through routine diagnostic tests like complete blood count, urinalysis, biochemistry profile, and x-ray to determine this condition and its examine underlying causes. The vet may also employ advanced techniques like esophagoscopy, where a thin tube-like scope is inserted into your pup’s esophagus to check for obstruction and the extent of the condition.

The main goal of any medical intervention is to treat the underlying cause of megaesophagus. Thus, if the cause is obstruction due to a tumor or foreign bodies, the vet will perform surgery to remove that. Or if the underlying cause is hormonal imbalance, then hormone replacement medications may be prescribed.

Aside from treating the underlying condition, it’s also imperative to ensure that even with disrupted ingestion, your furry friend has adequate nutrition. Veterinarians will likely recommend diet plans that mostly consist of high energy food, blenderized slurries, and liquid gruel. In severe cases, the vet will have a feeding tube pass directly to the stomach to make sure that your pooch is receiving the nutrition that it needs.

Since aspiration pneumonia is one of the most common – and often fatal – problems that could arise from this condition, antibiotics and oxygen therapy may also be necessary during treatment.

Complete and immediate diagnosis is necessary to give your pet a fighting chance against this disorder. Aspiration pneumonia and malnutrition are often the leading causes of death for this disorder; so proper management is key to prevent speedy progression.

As for acquired megaesophagus, the prognosis depends on the underlying condition. Some cases are easily treated with proper medication while others, especially those that involve dysfunction of the nervous system, are very challenging to treat. Even with the right intervention and commitment, it could still not end very well for the pet especially those with megaesophagus with unknown underlying causes.

It is vital that at the first onset of regurgitation, you consult the vet right away. Make sure to raise all your concerns and have the vet answer all your questions regarding the condition of your furry friend. Making an informed decision is the best way forward when dealing with this disorder.

2 responses to “Megaesophagus In Dogs”