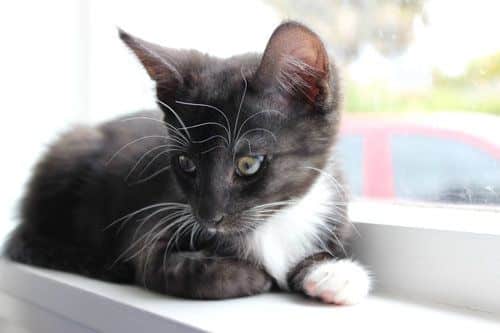 Cats were originally domesticated in Egypt around 2000 B.C. It’s also believed that they were brought over to the U.S. on the Mayflower to help control the rodents on the ship.

As you know, Domestic Shorthairs are not a pure breed, they are a mixed breed. The fact that they are mixed breed is a good thing because mixed breed animals, including dogs and cats, are less susceptible to hereditary disorders and genetic health issues.

Domestic Shorthair cats have an average life expectancy of 12-14 years old, which is the top-end in the cat world. And despite the fact that Domestic cats are mixed, there are still some health issues to consider.

Here is a sample of cat health issues based on annual pet insurance claims data.

What Coverage Should You Consider?

These are the most important pet insurance coverage options you should have as the proud owner of a Domestic Shorthair cat. All five pet insurance companies listed include standard coverage, which is what we recommend.

The short answer is that it depends. The good news for you is that cat insurance is a lot cheaper than dog insurance. Pet insurance companies generate prices based on your pets breed, age and zip code. Here are some sample prices across the country to give you an idea of what a plan might cost you.